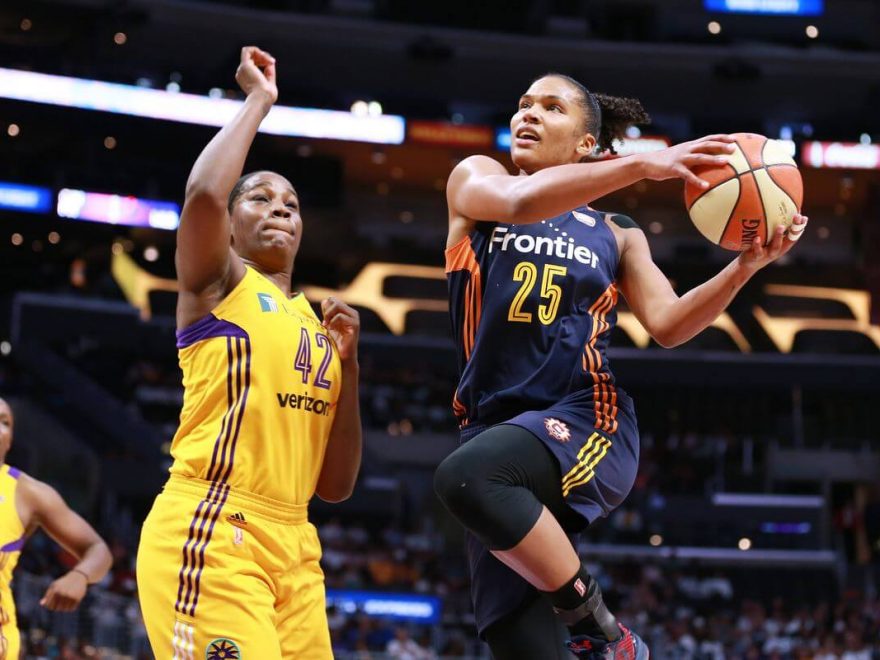 Parent egos can be a huge obstacle for a coach. Coaching youth basketball is more about letting kids figure out their basketball position and helping them learn teamwork than it is about playing the stars to ensure a win. Parents will often get in the middle yelling at their child, screaming at the coach, and even yelling at other parents.

It’s important to put a stop to these actions by talking to the parents separate from the kids. The players’ best interests should always be at heart. Help parents realize that their young child isn’t playing for a scholarship. They’re here for a good time. They aren’t going to play every minute of the game. If a parent doesn’t understand that, they’re free to leave your team.

There seems to always be the kid in youth sports that thinks they’re LeBron James. They don’t want to pass the ball. They don’t want to sit on the bench. These kids think they’re leaders, but they are really bringing down the team. Society has helped create these monsters that think they are above the coach. The parents and coaches have somehow helped this type of entitlement along the way.

A youth sports coach needs to keep their players motivated and engaged in the sport. A high percentage of players drop out of organized sports by the time they’re a teenager. One reason is that they lack player motivation. As a basketball coach, you should push the kids in a positive way. They may not have all of the physical skills they need to play at their best, but they can work hard and try to be the best they can be on the court.

It’s important to create a positive playing environment. They should have fun when they step on the court. Give them drills and activities that help them see the fun in the game. Keep them motivated by giving them positive feedback. Some kids won’t be the stars, but that doesn’t mean they can’t have a good time just playing ball.

Some youth sports organizations try to fit dozens of games in a small amount of time. This is actually hurting the game as a whole. If you have too many games, you aren’t working on developing the skills of the players. They also might burn out of playing too many games. Kids start to lose interest quickly if life is all about games instead of just having a little fun playing ball.

It’s important as a coach to have a healthy balance of games. This will help develop their skills as a player and help them learn to play as a team without burning them out. Too many games show them life is more focused on competition than it is about learning the game.

It’s Not All About Winning

Everyone has probably seen or known the coach that doesn’t care how they win, as long as that scoreboard says they have the best number. Kids start to think winning is the only thing in life. Youth basketball shouldn’t be about the highest score. This is a time when kids get to learn how to play together and enjoy the game.

Coaches should teach these kids that their attitude and effort on the court are what matters the most. They can get creamed by 40 points and walk off the court smiling if they know they played their hearts out.

Reward them for playing a tough game. Reward them for shaking hands with a happy heart and being respectful to the others on the court. Show them that a loss hurts, but they can still hold their head high. They’ll slowly learn that winning isn’t everything in life. The journey and the effort are much more important than the final score.

You can then work with each player in their positions. If you want to try them at other positions, move them around for a few plays. YOu might be surprised at what some of your players can do in different positions. They may shine in a position when you thought they were going to be a star in another position.

Mentoring The Most Driven Kids

The most driven kids may want to be in the gym 24/7. They don’t need coaches and parents pushing them because they’re already in the driver’s seat. This can be a problem at a young age because it takes the fun out of the sport. Kids should focus more on having fun than trying to be professional athletes.

Coaches are responsible for helping them find this balance. They don’t need to burn out of their favorite sport by the time they are a teenager. They aren’t wired to play sports all day. It’s fun for a while but throw in some actual excitement. Help them realize practicing all day and all night isn’t good for them. It’s important to help kids realize that they have to rest. They must understand there is life outside of the basketball court.

Some coaches rely so much on plays that they forget to just let the kids play ball. Players shouldn’t get so worried about screwing up the play that they forget to dribble the ball. The reality is that plays go wrong. This is okay. These kids are young. Let them play some streetball. Sometimes, it’s okay to let them just play a little bit without organized plays. It might sound crazy, but it’s important to let them figure out their talents and learn that things aren’t always going to go as planned on the court.

Teach them some basic plays before they walk on the court. Don’t make it too difficult to learn. Help them understand if the play doesn’t work, it’s okay to set it back up. If that still doesn’t work, it’s okay to just enjoy the game without worrying about the play. Too many plays make many players stress more about the logistics than the actual game.

A young kid shouldn’t worry about not playing in a game or being cut from a team. This only makes them feel defeated leading them to quit the sport. If Michael Jordan quit when he was cut from the high school team, he wouldn’t be the superstar he is today.

On one hand, society gives everyone a participation trophy leading to entitlement. On the other hand, society also tells you that you better be a sports star by the time you are six or you won’t excel in the sport. Neither of these ways is the way to approach youth sports. There should be a healthy balance.

Youth basketball should be about players getting the same experience. They should enjoy their time on the court without worrying about losing a game. They should have a healthy level of competitiveness with other teams. Coaches should focus more on the experience rather than the scoreboard. They should develop skills and team commitment.

There are many issues as a coach in youth basketball, but you can rise above these issues. Basketball is a fun game full of teamwork and excitement. A coach may have to deal with entitled players and crazy parents. They have to take the high road and make sure the kids are learning about the fun parts of the game instead of worrying about the scoreboard.